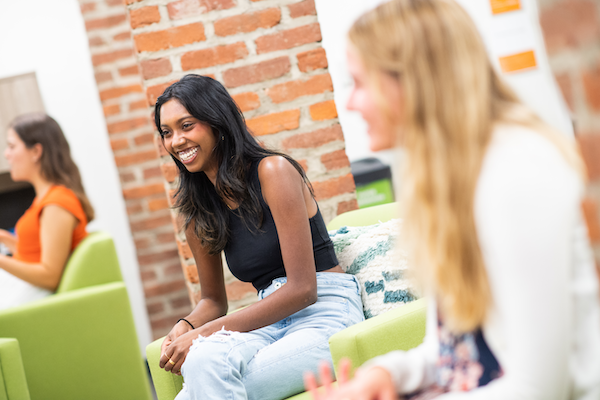 In a former life, I taught middle school English. At the risk of dating myself as the 80s child that I am, I’ll admit that the “Everything I Need to Know I learned in Kindergarten” poster was ubiquitous in my freshman dorm. Joking about that particular late-80s/early-90s aesthetic aside, the middle school classroom is where I learned much of what I know about how to move authentically though this world in a way that upholds my values. In moments when I’m stretching for a way to explain a concept or thought I’ve been grappling with, I find that I’m inclined to turn back to that experience for the language to my musings.

In particular, I turn to the grammar lessons I led perched on the edge of the front table, first chalk then white board marker in hand. I liked to assure my students that grammar was not, in my classroom at least, some obscure list of nonsensical rules designed just to trick them – even if in the past it had been used against them that way. I hoped they could come to see grammar as the description of how words relate to each other, a scaffolding that helped them understand the point someone else was communicating to them.

So, as I think about leadership, my first impulse is to say, leadership is an abstract noun that names concrete actions. Walk across Grounds and ask the first ten people you encounter how they define effective leadership. If you dig into specific details, deeper than the vague phrases that work well on the opening slides of a leadership development training PPT, you’ll get ten different answers – likely descriptions of styles or lists of specific actions. Defining leadership itself? A little more challenging.

A project I’ve been leading at the Women’s Center has shown this phenomenon in action. This year marks the 25th anniversary of the Elizabeth Zintl Leadership Award, which the Women’s Center is proud to steward. Over the past decades, 27 women have been honored for their institution-building contributions, efforts that cumulatively have made UVA a more welcoming and inclusive University.

Each year, when we publicly honor the newest winner of the Elizabeth Zintl Leadership award, I note the final criteria: she has performed an “unusually high degree of service to the University, within and beyond the expectations of [her] position description.” I conclude with what I think is one of the most daunting sentences I could say: “Being superb in the position is not sufficient.”

The collective legacy of the Zintl award winners is awe-inspiring. Over the past year, my interns have worked with me to implement an oral history project with them. Each woman was asked the same set of questions, including questions about leadership and their individual identities: How have you seen your identity(ies) impact people’s response to you? Where does being a woman in leadership fit into this? And, what does leadership, especially women’s leadership, mean to you?

The ginkgo’s glorious fall display shines most brightly just at the point in the academic year that we celebrate the newest Zintl award winner. In the tree’s fan-shaped leaves, I see the ever-widening future spreading out before us, and in its longevity, a testament to the power of endurance.

In addition to reflecting on their legacies, the women shared their thoughts about leadership, and whether there is a distinctive version of “women’s leadership.” Not surprising with a stellar group of women such as these, their answers to the question of women’s leadership were varied and nuanced, with some espousing that there are no gendered differences to good leadership and others describing traits that they see women leaders leverage to particular success.

Their full interviews will be archived at the Women’s Center. With support from our communications team at the Women’s Center, we are also publishing a book of highlights from the interviews, Legacies and Leadership. Its cover is graced by a stunning image of the Pratt Ginkgo, a beloved UVA landmark. In the tree’s fan-shaped leaves, I see the ever-widening future spreading out before us, and in its longevity, a testament to the power of endurance.

The ginkgo’s glorious fall display shines most brightly just at the point in the academic year that we celebrate the newest Zintl award winner. To mark this special year in the Zintl award tradition, the Women’s Center is hosting a luncheon on Wednesday, November 2 to celebrate and learn from the winners, as well as to launch the book. I do hope you’ll join us! (rsvp here)

When a staff member in another office across Grounds interviewed me for her continuing ed course recently, I appreciated the chance it gave me to reflect on my own leadership style after all of the time I’ve spent this year with the Zintl awardees' stories. This moment to think about the importance of the servant leader ethos to my own work was well-timed. For me, the most effective leaders identify ways that members of the organization feel disconnected in contradiction of ways their mission suggests they should feel connected and take concrete actions to nurture a sense of belonging.

I’ve had the pleasure of occasionally advising such a leader over the past few years, fourth-year student Sanjeev Kumar, who has dedicated his time to creating a UVA at which he and his peers feel they truly belong. After observing the ways that the built environment of Grounds was not designed with students like himself and many of his friends in mind, Sanjeev developed and implemented a plan to bring benches to each of the undergraduate schools (with a vision of extending the project to the rest of the schools) that honor alums, faculty, and staff whose contributions broke ground and contributed to a future UVA where no student – or faculty or staff member – ever has cause to question if they belong here.

This is the vision that Dean Sylvia Terry, honored with the Zintl Award in its inaugural year, dedicated her UVA career to implementing: “My dream was for students to feel that this place, UVA, was theirs, to feel a part of a collegiate family, to feel the joys I felt as an undergraduate. And if they didn’t feel these, to have somebody at UVA who could make a difference for them.” I’ll close by echoing the invitation I’ve heard Sanjeev extend at each of the dedications for the benches: when you see a chance to lead, a chance to help someone else understand that they belong,
take it.